EMDR for trauma and unresolved pain 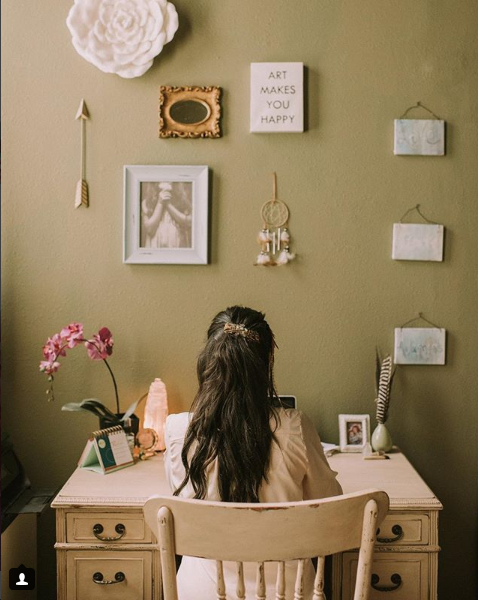 Our brain does so much work as we sleep. Thinking about what happened during the day as well as what we can learn from it, and where we are going to store the memories and experiences of the day. Our brain is like a filing system- it wants things stored nice and neat in categories. It especially focuses on avoiding pain. If you touched the stove today and it was hot, that experience will be high priority in the process of storing and filing.

When we get that REM sleep and our brain processes it, it is all being added to previously stored information. We start to collect information over time that our brain uses to create an image of ourselves. If I’m frequently storing memories and feelings of people not liking me, then my overall sense of self is going to be very good. This is where feel good statements like “Love Yourself” fall short. If we are putting that statement against years of stored memories and feelings, we are fighting years and years of experience.

This is why we have to return to the memories themselves and the time that we stored them.

When we revisit these past events we can change the way we think and feel about the events by working at the rapid speed of the brain. Left to Right using both hemispheres targeting that event that happened 20 years ago rather than trying to convince who we are today to feel better about ourselves.

So EMDR works on changing the way we think and feel about ourselves and the things that have happened to us on a deep, cellular level.

The brain does not store trauma the same way that it stores other memories. We have the “window of tolerance”, how much we can handle in a given day. So let’s say for example my daycare worker called and said I needed to pick up my child because he has the signs of an ear infection. I can handle that. I might be annoyed by the inconvenience of having to reschedule sessions, pick up my child and take him to a doctors appointment before spending the rest of my day home with a sick child. But, I can handle it. My brain will store it in a file with all the other times that kids were sick and I’d go about my life.

Now, if my daycare worker were to call and say something like “Your child was hit by a car”, that would be too much. That is outside the window of tolerance for what my brain can handle in a day. When an event or series of events happen that are outside of our window of tolerance, our brain sends out a chemical response to that.

This response tells us to do one of many things: fight, flight, freeze, play dead, attachment, or cry. So in the circumstance of a child being severely injured, we wouldn’t calmly reschedule sessions and make our way to the child. We would respond with one of the above. In this case, most likely flight- we would flee from the office and rush to our child.

Our brain can’t handle those really big stressors. When we have events like this, we often don’t sleep well in general so we are likely not going to even get REM sleep. This is because our brain is focused on caring for the body, so after the rush of hormones and stress responses, our brain sends us into a deep healing sleep that often doesn’t include REM. Even when we do get to that stage of REM, because the brain has such a highly emotional response to that event that we are trying to process, we will relive it in the body. This is when we wake up in night sweats, panic attacks, or nightmares.

When the brain can’t store this trauma, it keeps it in working memory until it can figure out what to do with it. This is why people with unprocessed trauma often feel like they are always in a traumatic highly stressful situation. Their brains are on the lookout. The negative belief associated with the original event is waiting in an area just right behind the eyes. If they then experience anything that could be related to the original event- a person, sound, smell, touch, words, feeling- they are easily triggered into feeling the same way they felt in the original trauma.

My clients with PTSD are very often feeling trapped by their trauma. They can use self-help tools like yoga and breathing to help with the daily coping. However, they are still deeply affected by the trauma because it’s still hanging out in the brain in an unprocessed way. This is often associated with negative beliefs “I’m not safe, I can’t trust anyone, everything bad happens to me” or the like.

When you think about how long we’ve been on this planet, and how many interactions we’ve had over the years- there is a lot of material for the brain to work with when forming opinions and ideas about the self. If a person has had dozens of experiences that tell her she’s not a likeable person, we have to work through a good amount of those experiences to begin breaking down that negative self belief.

Many of my clients come to me wanting to try to change the way they think and feel. That is absolutely possible. However, if those feelings and thoughts are based on trauma, tools like EMDR are very useful because of the way that trauma is stored in the brain.

Remember that trauma is not always big. If it is outside of our personal window of tolerance, it is a trauma. It simply depends on how the brain processed the events at the time they occurred.

I use EMDR in my practice only when I feel it is appropriate.

I begin working with all clients by just getting to know them. During the process of hearing about a clients life, I do keep track of events that may have been traumatic. Often, we underestimate the major events of our lives and don’t admit to ourselves that they are traumatic. Through the process of therapy we can explore which events were traumatic and which you want to focus on.

If we determine that EMDR would be the route you’d like to go, we can create a list of events that you’d like to revisit and reprocess in your mind. This can be done either with the classic following of my finger as it moves side to side, or with simple buzzers that vibrate against one hand and then the other. For children, we incorporate an aspect of art therapy into the process by having them draw very quickly from one side of the paper back to the other. Anything that stimulates both the right and the left side of the brain can assist in this process.

We work with what is happening currently in our lives and connect back to events in the past. Then we process them through EMDR by discussing those past experiences so that the brain can process them and the current situation at the same time. This allows us to use EMDR as just a part of the therapeutic process.

WHAT IS THE GOAL OF EMDR

If we have trauma happen in our lives, we will never be totally and completely “over it”. Even after the therapeutic process, we will still be sad at the loss of a child, a divorce, or other major life changes or losses. The goal is to be able to think about and talk about those events without the body responding as though it were currently happening. To be able to feel the sadness or grief without being enveloped by it. To feel better about our past.

IS IT FOR YOU?

The good news is, you don’t need to figure it out on your own. We can work together in traditional individual therapy sessions to determine which tools like EMDR or Art Therapy might be useful for you.